This page introduces all of the management, and explains the responsibilities of each council member. Aside from these responsibilities, we all contribute to discussions and help make Ensemble a place everyone can enjoy. Feel free to contact any of us at any time!

I started playing MMOs from the release of Final Fantasy XI in 2002, and transitioned over to Final Fantasy XIV with my friends. That’s where the last name comes from too, since XI had only first names – players who moved over to XIV during the campaign back then, got their characters created with their original XI server as their last name. Hence, Ragnarok. Back then, my shift job enabled me to play on NA servers, but as that changed, I had to change to EU times as well. As one might expect, NA servers were quite dead during EU prime time, so ultimately I had to transfer over to EU servers.

My destination was Ragnarok, where I created my own FC with some of my friends. The FC was called Legends Reborn, and we had two raid teams who were able to clear up to Turn 4 of Binding Coil. Due to growing disinterest in the game, we decided to split into other FCs, and I ended up joining Blacklight, an Arabic FC, and cleared Turn 5 with them. They, too, lost interest in the game, so it was time to look for another free company yet again.

Around Second Coil, I joined Solitude, and by the time Final Coil launched I was a raid leader of my own group, and shortly afterwards, promoted to an officer. We started taking care of things full time a little after Gordias, as the old officers and management were taking a long break. This period taught us a lot – we made a lot of mistakes, too, but that’s how you learn. Our aim was to transition Solitude into a stronger raiding free company, together with a healthy and friendly community, and although these two goals sometimes end up clashing with one another, we still wanted to do our best to try to make both possible.

When Stormblood hit, most of the people in Solitude reached the decision to split from the free company due to some irreconcilable differences, and form our own free company which we could run more freely, implementing more changes that were not possible under the Solitude banner. It was a very difficult decision to make, but ultimately it was for the best for both parties. Together with everyone, we formed Ensemble, and together we continue to build it into a community we can all enjoy, a home for everyone to share and enjoy their time in.

I’ve met lots of great people and made a lot of good friends along the way, and Final Fantasy MMOs continue to have a special spot in my heart.

Hey! I’ve played the game since 1.0 and it’s sure been a rollercoaster ride so far. In the free company, I currently contribute to all kinds of things, but mostly handle the raiding side of things and technical stuff, like the website (*), Discord, and such.

In my spare time I play a bunch of video games and am a bit of an achievement hunter, and also engage in all sorts of creative stuff – I have a musical background and used to play the violin, so mostly I compose music, but I’ve been getting decent at visual arts (especially pixel art) and dabble in graphic design, plus a bit of creative writing here and there.

I can be a bit absentminded and get distracted by shiny things or lost in thought, which might make me seem a bit aloof, but that couldn’t be further from the truth! If I forget something, just keep reminding me! 😁

(*) Credit for the website visual design goes to Jay, aka Hard Boiled in the FC! 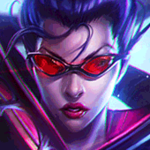 I’m gonna be taking care of the Artisan side of the FC, I’ve always kept crafters levelled since I got them all to 50 back in ARR and like to THINK I know how to craft. I also like to fish in game, normally while watching a comedy of some sort! I’m more than happy to give people a hand if I can regarding crafting or gathering matters, and am currently focussing on completing the fishing log in game.

When I’m not playing XIV (Or am afk at the FC house) I’ll normally be either trophy hunting on Playstation or listening to an audiobook, sci-fi and fantasy are my jam!

I like to think I’m easy to talk to but I also realise I can sometimes be a little on the blunt side, but it’s never personal! So feel free to drop a message if you need assistance with anything!